Recently, the State-Owned Assets Supervision and Administration Commission of the State Council issued the "Circular on Conscientiously Preparing the Rolling Plan of Central Enterprises for 2012-2014" and put forward clear opinions, requiring the main industry and energy conservation and environmental protection, new energy, a new generation of information technology, biology, and high-end equipment. The central enterprises related to industries such as manufacturing, new materials, and new energy vehicles should further adjust and perfect their special investment plans and prepare a new round of rolling development plans for enterprises.

In fact, the central SOEs, which are an important part of China's economy, have already exerted their efforts and seized the opportunity to develop strategically emerging industries across different regions to fully implement the docking and form a differentiated and favorable competitive landscape. In particular, for the new generation of information technology, China Mobile has vigorously expanded its business in the area of â€‹â€‹Internet of Things and mobile payment to provide powerful information support services for corporate operations management. China Electronic Information Industry Group and local governments in Guangdong Province have worked together to actively use With the advantages of land, policies, park construction, and industrial infrastructure, the company has invested in the development of a new generation of information technology industries such as cloud computing, IoT/sensor networks, and management software; China Unicom is also integrating three networks, next-generation communications networks, and cloud computing. A number of electronic information subdivisions have been deployed in a large scale in an effort to preempt it; even Sinopec and China Aluminum have indicated that they will appropriately enter the electronic information field through mergers and acquisitions, holdings, etc., and develop and apply national geographic information systems for global exploration and trade. Logistics and other business services.

In the new generation of information technology, the software and information services industry needs special attention. Although the scale of the industry grew from 59.3 billion yuan in 2000 to 1,336.4 billion yuan in 2010, an increase of more than 20 times, with an average annual growth rate of 38%, it is expected to continue growing at a rate of more than 20% in 2011, but plaguing China's software. Problems in the development of the information industry still exist. The main manifestations are: The vast majority of companies have weaker capabilities, smaller scales, weak foundations, weak technological innovation and self-development ability of enterprises, imperative improvement of application development levels, and overall low value chain. Problems such as the end, the industrial chain to be perfected, etc. have not yet been eradicated. At present, the share of China's software industry in the global software industry is only 6%, far lower than the proportion of GDP in the world's total economy. Although there are a large number of software and information companies in China, they are not driven by large-scale enterprises and leading enterprises. In 2011, the total output value of the main business of China's top 100 software companies was still less than the corresponding business income of Microsoft.

Therefore, China urgently needs to cultivate a large number of large-scale software information companies to drive the development of the entire IT industry in China so as to better cope with the competition in the international market. At this time, the government encourages powerful and large-scale central enterprises to strategically deploy emerging industries, which will effectively change the passive situation of the â€œcore-less and soullessâ€ software industry, and help solve the problem of weak and small IT companies, including software companies. As well as problems such as difficulty in investment and financing of enterprises, and in order to achieve the goal of nurturing a group of industry-leading companies with strength and influence, we will promote the development of software and information services as soon as possible.

In China's strategic emerging industries, cloud computing and the Internet of Things will advance with the next-generation Internet, a new generation of broadband mobile communications, integrated circuits, and management software, becoming a new impetus for the development of the software information industry and promoting the sustainable development of China's economy. development of. The central enterprises will enter the software and information industry and will actively use the role of â€œhen-driven chickensâ€ in various ways, such as capital injection, joint ventures, holdings, mergers and acquisitions, to promote the software market to become more prosperous, and the competition will be more intense and orderly. , And through the "survival of the fittest" market rules, to further cultivate a group of leading companies at home and abroad have strong competitiveness.

Component Mounting And Soldering.The final step is to mount and solder the components. Both THT and SMT components are placed on the PCB by machines. THT components are most often soldered in an automated process called 'Wave Soldering'. This enables all components to be soldered simultaneously. Their legs are first cut near the board and slightly bent over to keep the component in place. The PCB is then moved over a wave of liquid flux, such that the bottom side strikes the flux. This removes any oxide from the metal surfaces. After heating the PCB it is similarly moved over a wave of melted solder. The solder attaches to the solder pads and component legs, and the soldering is complete. 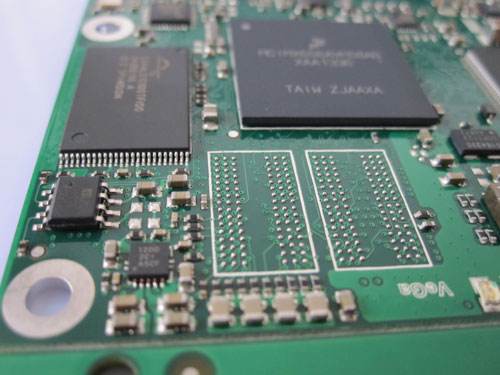