In recent years, Texas Instruments has followed the 3D boom and introduced the DLP HDT V3D solution that provides stereo images. There are two types of DLP 3D, one is the DLP 3D front projector and the other is the DLP 3D-Ready rear projection TV. The latter is actually a successful new application of 3D LCD liquid crystal shutter imaging technology on DLP TV. The core of imaging technology is active LC D liquid crystal shutter glasses. The left and right lenses are alternately turned on or off with the TV or display device. In order to make 1080p HD 3D images realistically appear on the display device screen, the 120Hz split-slice imaging format or the 60 Hz Checkerboard imaging format plays an important role in improving the image quality and 3D stereoscopic effect. Important role. For DLP 3D rear projection TVs with an inherent resolution of 1080p, the required 3D signal must be a 1080p checkerboard format with a refresh rate of 60Hz, and then processed by other units to produce a half resolution (960H&TImes; 1080V) left and right views, the right and left have a view on a display screen every 60th of a second (left or right), such as a separate count, the time display turns left or right view is 1/120 seconds. Compared to other 3D imaging protocols, this stereoscopic imaging scheme is very effective in suppressing the scintillation that is usually prone to occur. In this 3D imaging scheme, the processing of the left and right view signals is independently sampled, filtered, and then displayed, and the signal transmission can be either an HDMI port or a DVI port. From 2008 to the present, DLP HDTV 3D is supported by all DLP rear projections and 120Hz DLP HD projectors that can input and process 1080p image format signals.

DLP 3 D - R eady refers to a quasi 3D DLP TV with 3D signal reception, display and other capabilities. This â€œReadyâ€ means that the user needs to prepare for the TV display in addition to the TV. Other hardware for D video images. Specifically, like other H DT V HDTVs, DL P3D-Ready HDTV HDTVs should also have the following features and features:

â— Set up a 3-pin connector for connecting 3D glasses.

All TVs with the above features are recognized as 3D-Ready TVs. As for whether the TV in the user's home is a 3D-Ready TV, the user can check the connection port on the rear panel or side panel of the TV to see if there is a circular plug called "3D SYNC OUT" or "3D Glasses". Hole, the jack looks like an S-Video jack, but it has only 3 cores, and the 3D glasses connector that communicates with the wireless transmitter is plugged in here. If you have such a jack, the TV is a "3D-Ready" TV. Samsung's current "LED 3D" series TVs have built-in IR IR transmitters, but there is no VESA 3-pin synchronous connection port, which means users need to buy Samsung's own brand of $150/pair of 3D glasses. As for whether LG, Panasonic or Sony's "3D-Ready" TV sets have VESA 3-pin synchronous output connection ports, it is not known. If you have a DLP HDTV 3D TV in your home, users can watch HD 3D video, non-HD 3D movies on DVD, and 3D video programs converted from 2D by wearing 3D glasses. 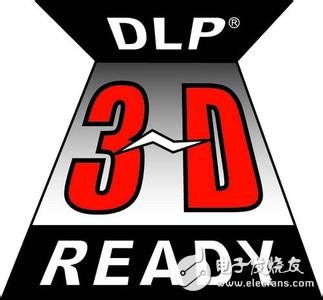 3. Is the Blu-Ray 3D Blu-ray player compatible with DLP3D-Ready?

Not compatible. Because the 3D Blu-ray player that was launched in 2010 requires the display device to have an HDMI 1.4 input port to receive 3D data, most of the DLP 3D-Ready TVs have not yet set up such new interfaces. Fortunately, Mitsubishi announced at CES2010 that it has developed an adapter for connecting a display device without an HDMI 1.4 port to a source device such as a Blu-Ray 3D Blu-ray player. Once the Mitsubishi model 3DC-1000 adapter is available, all 1080p DLP 3D-Ready (including Mitsubishi and Samsung DLP 3D HDTVs) TVs will be able to connect to source devices such as Blu-Ray 3D Blu-ray players. At the same time, the adapter also provides compatibility with DirectT V HDT V3D set-top boxes, which means that with this adapter, users with DLP 3D-Ready TVs will be able to receive 3D TV broadcasts. The Mitsubishi 3DC-1000 can be used as an input/output of a DLP 3D display device/television video image signal with a resolution of 1920 & TImes; 1080p/60Hz using a checkerboard imaging scheme without an HDMI 1.4 connection port. The Mitsubishi 3DC-10 0 0 adapter is expected to be available in June 2010 at a price of approximately $100. It is important to remember that this adapter cannot be used with the Samsung 720p DLP 3D HDT Vs rear projection TV (HL-T4675S, HL-T5075S, PN42A450, PN50A450, PN42B450 and PN50B450).

4. What is the compatibility of DLP HDTV 3D in the game field?

Many of the games on the market with "3D" are usually used with traditional red and blue (or red and green) colored paper polarized glasses. This mode of imaging and active (active) LCD liquid crystal shutter glasses used in DLP3D. The imaging scheme is not compatible. From a hardware perspective, the PS3 and XBox360 game consoles are technically fully compatible with DLP HDTV 3D because they also have 1920 & TImes; 1080p resolution, and the frame rate is 60Hz. The problem is that no publishers have announced the launch of games that are compatible with DLP 3D technology. Although Sony announced the PS3 to make it support Blu-Ray 3D Blu-ray 3D, but has not announced whether it will publish technical support DLP3D game, and perhaps before long there will be compatible with the DLP 3D technology, the game launched by a firmware upgrade. In fact, there are many stylish PC games that can be converted into 3D in real time without any patches, but users need to buy DZ 3D drive from IZ3D or GeForce 3D Visual Suite from NVidia, USA, TriDef from DDD, Australia. The series software also offers similar 3D drive functions. Since the PC game development and design have been considered to be compatible with a variety of drives, the above measures are somewhat different, but they can be used interchangeably, and the performance will naturally win. 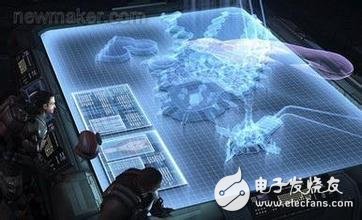 5. What is the difference between DLP 3D and RealD 3D technology used in digital cinema?

The RealD3D used in DLP 3D and digital cinema uses a similar but not identical 3D imaging solution. RealD is one of the most widely used 3D movie projection methods in the world. During stereo imaging, the projector alternately displays left and right view images at a frequency of 14 4 times per second. The projection rate of the left and right views is 72 frames per second. The projection rate of 24 frames per second is three times faster than that of ordinary film movies. The light polarization provided in the right view is clockwise, and the light polarization provided in the left view is counterclockwise. A push-pull photoregulator called the Z-screen is mounted in front of the projector lens to perform a polarization-directed conversion of the light. The two images generated are alternately projected onto the screen at high speed. As long as the movie viewer wears the appropriate glasses with circular polarizing filters, the left and right eyes can respectively see the two images reflected from the screen, two The superposition of the picture forms a sense of stereoscopic image in the mind. Because the polarizing film strips used by RealD's 3D glasses are changed from the traditional strip shape to the ring shape, they can be better filtered; plus the left and right eye monocular calculations, each eye sees the corresponding frame change rate of 144 Hz. It is 6 times the 24 frames of traditional film movies, thus minimizing the possibility of visual fatigue, dizziness and other discomforts caused by watching 3D movies. In contrast, DLP3D uses active (active) shutter glasses to synchronize with DLP HDTV 3D TV displays via IR IR emitters. Displayed on the screen are two images with a frame rate of 60 Hz corresponding to the left and right eyes, respectively, for the left or right view, 1/120 seconds to display one frame on the screen. Although there are two imaging schemes, there is no significant difference in 3D quality and effect. 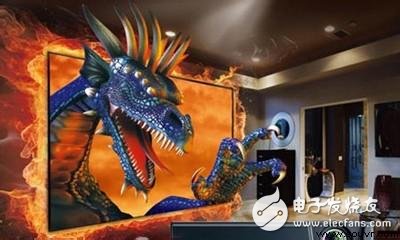 6. In order to make the DLP TV have a good 3D effect, what should the user prepare for?

â— Have excellent quality 3D shutter glasses and IR infrared emitters for use with DLP TVs ;

â— Should have 1080p cable from DVI to HDMI to connect PC and HDTV;

â— Make sure that the PC has 3D software installed and is working.

â—Connect the IR IR emitter to the TV and open the LCD shutter glasses within the specified effective range;

7. What is the status of connecting DLP HDTV 3D and DLP 3D projectors with HTPC?

At present, the recently launched HTPC (H om eTheater PC) plays a significant role in the system connection of the home theater. In addition to the 3D capability, the device has more features than ordinary PCs. In the DLP HDTV3D-Ready home theater system, there are two connection schemes for HTPC: one is to connect to DLPH DT V3D-Ready; the other is to connect to DLP 3D projector.

In the first scenario, there is no significant difference between the method of connecting DLPHDT V3D-Ready to a 3D capable HTPC and connecting it to any other home theater PC. The same as the usual connection, the antenna, satellite or cable set-top box is connected to the user's DLP HDTV 3D-Ready TV. The connection can be any of HDMI cable, S-Video cable or component video cable. . Use a cable with one DVI port and the other HDMI port, plug the DVI end of the cable into the connection of the PC graphics card, and connect the other HDMI end to the corresponding interface of the DLP HDTV 3D-Ready TV. Place the IR emitter on top of the TV set and connect it to a special jack labeled â€œ3D SYNCâ€ on the back panel of the TV. As for the surround sound connection, you can do this: Maybe you have a DVD player in your home, or you may already be connected to a surround sound unit. However, in most cases, users generally do not use a DVD player, and may use a DVD drive in a PC. If the user needs 3D sound effects in addition to the 3D video experience, the user's PC must support multi-channel audio. Fortunately, almost all PC motherboards provide this function. Users only need to feed the audio signal from the source to the user's existing surround receiver to enjoy the surround sound effect of 3D programs.

In the second option, users who like to use HT PC and DLP 3D projectors to view 3D programs can be implemented with a simple 3D video adapter. In order to get a good 3D effect, there are two main things to do for the veritable 3D-IMA X Cinema Center: First, you must be sure that the projector you have (optional) is carrying a VGA video input connector. DLP projector; Second, the user's HTPC built-in is preferably nVidia graphics card. If you want to play 3D games, you need to buy a stereoscopic projector from 3DflightSim.

Iphone 6 Battery Case is used for charging iphone mobile as a second battery.It`s not only an iphone protect case,but also a charger.

Light,slim and cool makes the IPhone Battery Case more competitive than  Power Bank ,by using hard and soft rubber shell,this fabulous kind of  Cell Phone Battery  is delicate and smooth to touch.It`s functional board output a variety of protection for quality assurance. 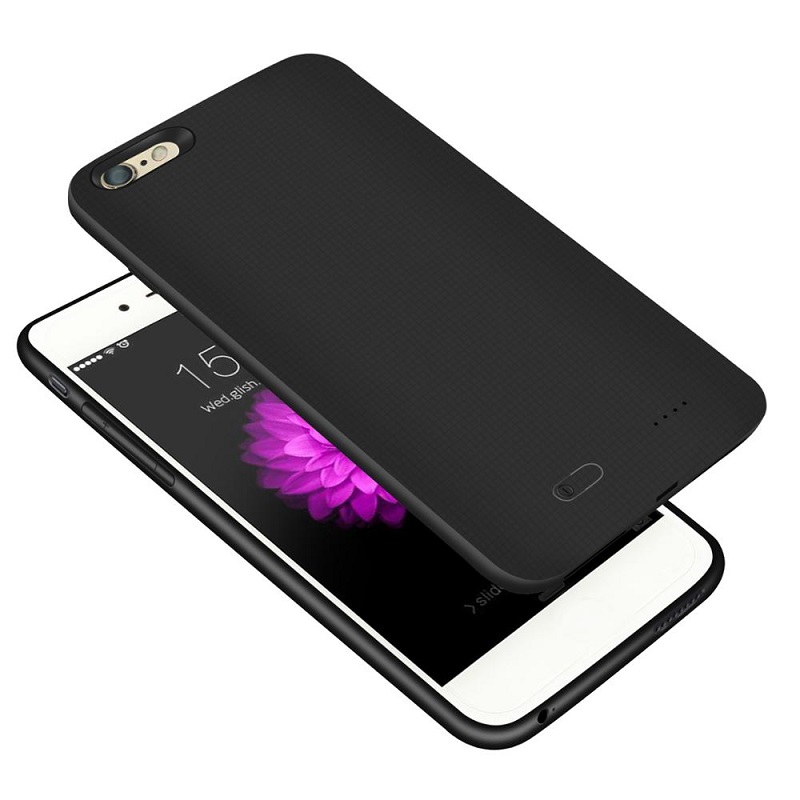