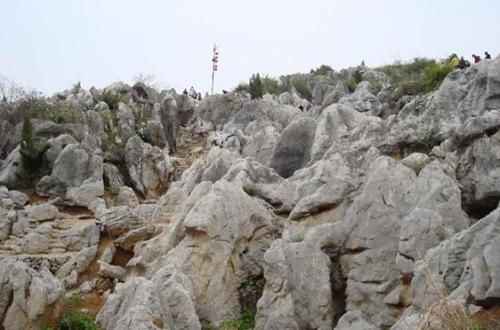 Can we build a high dam on the karst landform? The conclusion of the former Soviet Union experts to the first generation of Wujiang hydropower people is: No.

On June 23, 2013, the turbine of the Shatuo Hydropower Station began to rotate, and Huadian Wujiangâ€™s hydropower development in the Wujiang River Basin officially ended. The group of cascade hydropower stations on the Wujiang River, which has been operating safely and stably so far, has become one of the nine monuments in the history of hydropower construction.

"One hundred years plan, quality first." As the pioneer of integrated hydropower development in China, Huadian Wujiang Company always adheres to the quality objectives of â€œachieving compliance with production, building first-class projects and striving for national quality awardâ€, and firmly establishes the concept of â€œquality managementâ€ with the â€œbest companyâ€ and ensures the The quality of the project will stand the test of history and become a model for the construction of hydropower projects under special geological conditions.

Explore the implementation of a comprehensive quality management system

â€œThe green road in the Balu Road is out of the cloud and the village is deep into the holeâ€. This is a vivid depiction of the karst landscape in southwest China by the famous poet Lu Lun of the Tang Dynasty. Walk in the Yunnan-Guizhou Plateau, the magnificent natural scenery people have to lament the nature's uncanny workmanship.

However, for hydropower people, the complex geography conditions are a huge test for the project builders.

"Total quality management system", this is not the first but effective system has become the cornerstone of Wujiang company to ensure project quality. â€œWe formulate corresponding quality objectives in the contracting work of each participating unit according to the tasks we undertake; during the construction of the project, we intensify quality planning beforehand, strengthen quality control during events, and strengthen and summarize afterwards, and steadily improve project quality management. Throughout the entire process of project construction, project quality indicators can be implemented layer by layer to ensure that the project construction is fully promoted in accordance with the requirements of 'two excellent and one high three standards'. Jin Shihua, current Wujiang company general manager and current director of the hydropower and new energy industry department of Huadian Group, told reporters .

In order to implement the project quality management, Wujiang Company has established a strict inspection system. Ji Jinxu, director of the Hydroelectric Industry Department of Wujiang Company, told reporters: â€œCatchment, water storage, unit start-up, project completion... We will conduct regular inspections at each stage to ensure that every process of the project will not have the slightest difference.â€ General Electric The companyâ€™s former president Jack Welch once said: â€œManagement is the simplification of complex issues and the confusing things.â€ For Wujiang, a leader in hydropower development in the basin, the same is true for quality management. Simplification and standardization have become an important way for them to grasp the quality management standards in the vast and vast project construction.

Standing in the valley of the Wujiang Gorge, looking up at the sky, the mountains and the peaks, but the birds did not.

Most of the cascade power stations on the Wujiang River are built on river sections with narrow river channels and steep slopes. The engineering geological conditions are complex and the stability of the cofferdams is outstanding.

How to overcome these difficulties in the history of hydropower construction in the world? Wujiang hydropower people have firmly chosen scientific and technological innovation.

In Jin Zehuaâ€™s words, the construction of each power station in the Wujiang River has sparked the brilliance of technological innovation.

The original design of the Shahe hydropower station dam uses three grades of concrete, and the upstream uses secondary rolling compaction and anti-seepage of the transformed concrete. In March 2011, after more than four years of research and development by scientific research institutes, design and construction technicians, a â€œquadrupleâ€ roller compacted concrete with a large roller compaction layer, a small amount of cementitious material, and rapid construction was successfully installed on the dam. The application fills the gap of domestic four-tier RCC construction technology and promotes the development of concrete dam construction technology in China.

For the first time, the Hongjiadu Hydropower Station adopted the new structure combination technology of â€œcontinuous width narrow plinthâ€ on the 200m high concrete face rockfill dam, which reduced the abutment excavation and the dam body rockfill volume to more than 400,000 cubic meters.

The temperature control of the continuous construction of RCC dams in summer at high temperature is a problem that has long been faced by hydropower constructors. Wujiang Company successfully cracked it using new technologies such as polypropylene fiber shrinkage compensation concrete.

Suofengying Hydropower Station adopts a flood discharge method combining a â€œXâ€ wide tail pier, a stepped dam surface, and a stilling pool, and raises the level of flood discharge and energy dissipation technology in the narrow valley of China to a new height.

A successful company will inevitably have first-rate management personnel. A huge project construction is bound to have a strong quality assurance. After the development of the Wujiang River Basin was completed, 9 hydropower stations built in the course of excellence continued to stand proudly and became the bridgeheads and vanguards of China's West-East Power Transmission Project.