2011 is a year of rapid development of the LED lighting industry, and the vigorous promotion of governments around the world has promoted its vigorous development. Recently, the bizarre price increase of phosphors has led to an increase in the cost of fluorescent lamps; the manufacturing technology of LED light sources has been greatly developed, and its cost has rapidly decreased; the post-earthquake nuclear power problem in Japan has led to a rapid increase in demand for LED lamps in the post-earthquake reconstruction market. At present, governments continue to strengthen the elimination of incandescent lamps. For example, Europe has banned 100W incandescent lamps at the end of 2009, and the ban on 75W incandescent lamps at the end of 2010 has undoubtedly brought huge opportunities to the LED lighting market. With the advancement of LED lighting drive power constant current control technology and the continuous reduction of the price of LED light source, the distance between LED lighting and thousands of households is further narrowed.

At present, the driving power supply of LED lighting fixtures has very high requirements on the parameters of transformers and inductors. In order to achieve precision, it takes a lot of manpower and financial resources to realize, and industrial production costs are difficult to further decline. Through the innovation and breakthrough of the LED drive constant current source chip design technology, the new solution can be used in the actual application of the LED lamp driving power supply, the output current is not sensitive to the inductance of the transformer and the inductor and the VF of the LED. The key to innovative technology is to optimize the chip algorithm language. Figure 1 shows a new principle of the constant current control of the main stage of the BP31XX series. It can be found from the figure that the chip controls the peak value of the output current and feeds back through the auxiliary winding, so that the ratio of the demagnetization time to the chip switching period is fixed, so that The output current is independent of the peripheral inductance deviation and the output voltage deviation, and the LED VF value deviation and inductance deviation are the biggest problems in mass production. Generally speaking, the inductance of the transformer produced in batch production and the VF of the LED will have a deviation of about 5~10%. The BP31XX series LED lighting constant current driving power supply, the batch precision can be up to 3%, can allow the transformer and inductance parameters to have a large tolerance, which reduces the cost of large-scale industrial production and promotes the continuous rapid production of the pipeline. 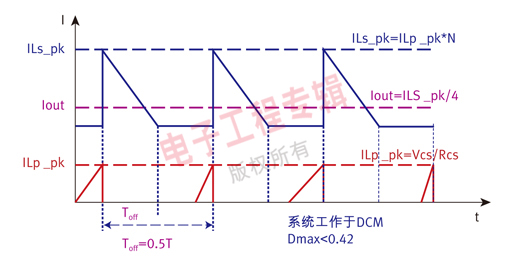 The application circuit of BP31XX is very simple, and there are few parts required in the periphery, which is in line with the concept of low cost and industrial production. Figure 2 shows a typical application circuit. After the main-stage constant current technology, the secondary feedback circuit no longer becomes an obstacle in terms of power supply volume and cost, which brings great convenience to the occasions where the power supply volume is extremely demanding. Such as bulbs, GU10 spotlights, etc. The traditional optocoupler feedback structure also has the problems of optocoupler aging and difficult to pass the safety test. For the application environment temperature of the bulb inside the 60-90 Â°C, the reliability problem has become the focus of attention of manufacturers and customers. The maturity of the main-stage constant current technology, especially the innovative driving power chip design technology, makes the application circuit insensitive to certain difficult-to-control parameters of the transformer and the inductor. For LED lighting power supply and lighting manufacturers, Convenient to improve product performance and reduce costs, is a win-win choice. 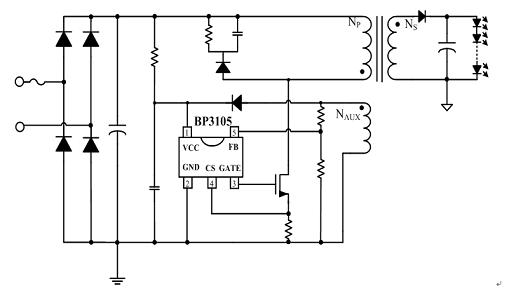 Although the peripheral components of the circuit are reduced, the power circuit designer needs to select high-quality limited devices, such as MOS, which has high withstand voltage. Electrolytic capacitors should adopt high sealing, high hydration resistance, and high overload resistance. Â°C 10,000 hours of long-life products to adapt to long-term work in high temperature environments.

Another hot trend of LED constant current drive power is a single-stage APFC control chip with automatic high power factor compensation and low harmonics. The US ENERGY STAR standard has specific PF values â€‹â€‹for solid-state lighting above 5W. Therefore, the demand for single-stage APFC chips by LED lighting manufacturers has increased significantly this year. Existing single-stage PFC chips are not specifically designed for LED lighting, and there are some common defects, such as long startup time, need for optocoupler and external reference feedback, primary side feedback, poor batch current accuracy, etc. The APFC constant current scheme represented by 6562 and 7527 continues to be used in a large amount, which makes it difficult to further reduce the volume and cost of the LED lighting driving power supply. Therefore, the new single-stage APFC solution for LED lighting is also prayed by the LED lighting industry. 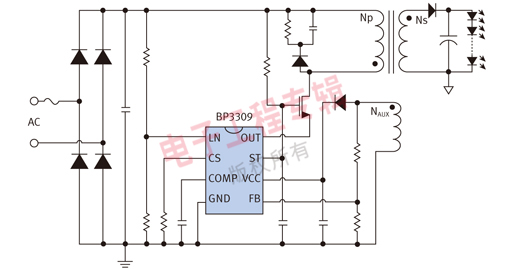 Summary of this article

With the continuous development of LED lighting industry and the introduction of energy standards in various countries, under the premise of ensuring conversion efficiency, the development of LED lighting power supply will continue to develop towards smaller size, fewer components, higher precision and more favorable production. Therefore, the new power chip constant current control technology and the single-stage APFC technology are further improved, which plays a very significant role in improving the performance of the LED lighting power supply, reducing the cost and reducing the volume.

Some features of the Switch Mode Power Supply as below: